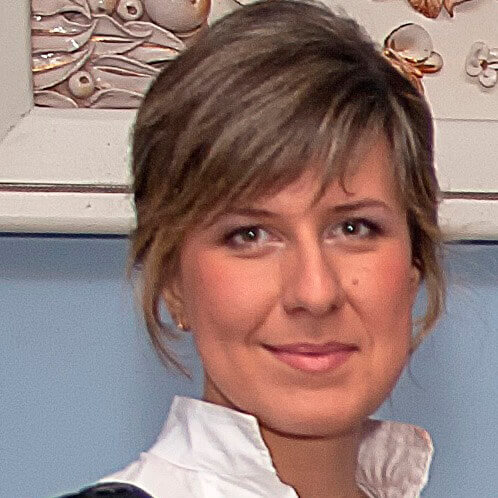 1996-2002 - she studied in National Aerospace University KhAI. In 2002 she graduated from the university with distinction.

She has been working in National Aerospace University Kharkiv Aviation Institute since 2003.

She taught Russian as foreign language in Nanjing University of Aeronautics and Astronautics (NUAA, China, Nanjing) under the international project between universities in 2009, 2011 and 2014 years.

She participated Summer schools of Nanjing University of Aeronautics and Astronautics (NUAA, China, Nanjing) as English teacher in 2014, 2015, 2016.

She is the author of 10 articles and training and methodological literature, she is recipient of Diploma for the Best Scientific Report of XXVII International Scientific and Practical Conference "Development Perspectives of European University within a Broad-Based Innovation Strategy" (Hungary, 2013). She takes part in national and international conferences, workshops, webinars, international fundraising projects.

Area of expertise: teaching Russian as foreign language out of language environment.